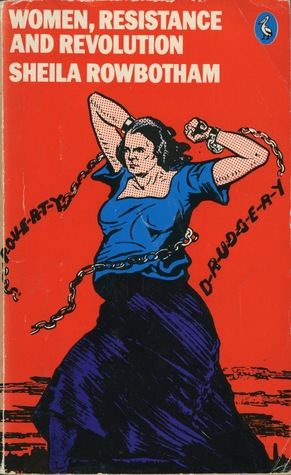 Sheila Rowbotham, “Women, Resistance, and Revolution: A History of Women and Resistance in the Modern World” (1972) – Sheila Rowbotham did a lot to initiate the early engagement between 1970s Women’s Liberation and the socialist feminist tradition in this sweeping history of, well, women in resistance and revolutionary movements in the modern world. In this history, she finds many patterns and problems that would emerge in the Women’s Liberation movement and continue to be with us to this day.

The primary example of this is the difficult rhetorical and organizational balancing act between emphasizing women’s special oppression and attacking the oppressive social systems, such as capitalism, racism, imperialism, etc. in which patriarchy is embedded. Routinely, socialist movements, in and out of power, paid lip service, if that, to women’s oppression and little more. Just as frequently, emphasis on attacking sexism apart from the larger context of oppression leads to the dead end of bourgeois feminism. It is tricky. In tracing this dynamic as it played out in the beginnings of the revolutionary period, in the 19th century socialist and suffragette movements, and in the Soviet Union and other revolutionary regimes, Rowbotham demonstrates that the issues surrounding women’s liberation are one of the fundamental dynamics of modern politics, alongside the other perennial quandaries that many of Rowbotham’s peers among the midcentury leftist historians identified.

This is the sort of book I don’t have a ton to say about- it’s informative, well-written, useful both for all of the historical examples it brings together and for its analysis. It’s poignant in a lot of places too, not least in its depictions of women in third world liberation struggles, written in the period of high hopes for the global transformative potential of those movements. Another poignant testimony is that whenever I read a feminist writer from the second wave that I get a lot out of, I find myself crossing my fingers and hoping to hell she got through the bad decades that have followed, and also avoided becoming a TERF. Rowbotham is still with us and writing, and Google doesn’t say anything about Rowbotham having gone down that fell road… fingers crossed, I guess. *****