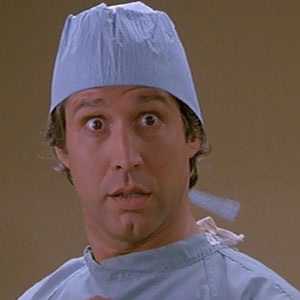 Gregory Mcdonald, “Fletch” (1974) – The best thing about this book is the way that it illuminates the genuine pleasures of crime fiction, beyond rubber-necking at the low life. The pleasure of ratiocination and exposition, the thrill of the chase, some well-executed action scenes, characters that may fit archetypes (read- cliches) but add their own wrinkles, a bit of local color, some laffs, some spills, and so on. This is what brings us, or me anyway, back to crime fiction.

“Fletch” had me thinking about these pleasures due to their almost complete lack in the book. The title character isn’t a compelling antihero: he’s a rancorous, thinly-drawn asshole. An investigative reporter (this is immediately after Watergate, when they were the coolest dudes around), he conveys that he’s a maverick by radiating hostility towards everyone, which everyone reciprocates in kind. Most of the conversations are a collection of seventies assholes snarling at each other, larded with newly-uncensored cusses. I believe this is meant to convey what “real life” is like in the hungover 1970s. But it’s basically like if you took Joss Whedon (who I don’t like already), lobotomized him, gave him… whatever makes people mean… and asking him to write a mystery. We spend all our time in the book with Fletch: Fletch screwing strung-out underage girls and then having the gall to act persecuted when his ex-wives demand their alimony; Fletch bragging about how great he is at journalism; Fletch playing cruel pranks; Fletch complaining about his female boss, who is described but not meaningfully depicted as incompetent; Fletch having wistful moments with an old man he’s fleecing for information about the Bronze Star Fletch won, proof he didn’t used to be a feckless lout, but which basically builds his character not at all. It’s honestly a drag.

In terms of story structure, “Fletch” is also a mess. Mcdonald solves the exposition problem by having Fletch talk his thoughts on his cases into a tape recorder, so we get even more of this prick just dumping pageloads of exposition on our lap. The B plot — concerning Fletch getting to the bottom of who’s supplying the local beach bums with heroin — is comparatively well put together, and earns this book what esteem I can give it. The A plot — the (relatively) famous bit where some guys asks Fletch to kill him — is a mess. I wanted to like this book. Gregory Mcdonald seems like he was an all right guy. He organized an anti-Klan group in Tennessee (afaict they mostly arranged to vacate town centers where racists marched, which isn’t exactly my idea of bashing the fash, but what can you do). But this book sucks. *’