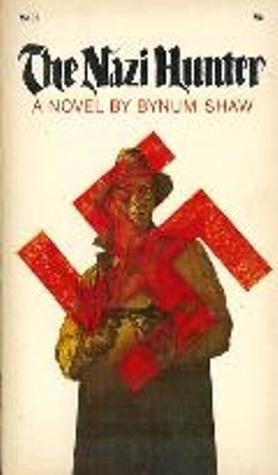 Bynum Shaw, “The Nazi Hunter” (1968) – I picked this up off the free pile at the Brookline Public Library based on its cover and title. It was written in the wake of the capture and trial of Adolf Eichmann, along with debates about the scanty denazification of West Germany. Shaw was an American journalist who worked West Germany for a number of years, and it shows. He has opinions about cities (Bonn, Cologne, etc) and writes very “German” Germans, declarative, rules-bound, and still willing to vote for ex-Nazis. The titular character, who goes most of the novel with the name Streik, is a glowering Czech camp survivor who, well, hunts Nazis. He works with a Wiesenthal-style organization but is a little too hardcore for them. It’s hinted he was involved with the Eichmann capture but for the most part he kills Nazis and makes it look like an accident. For the most part, Streik is a standard midcentury super-spy in the Bond/Bourne mold. Closer to Bourne- the beige post-war Europe he works in, his tragic backstory, etc. Moreover, uh, spoilers I guess: he has a tragic end, where his devotion to killing Nazis lets him do massive collateral damage to get the big bad, and some of that collateral damage is his love interest. Was Shaw trying to get across the idea of “antinazism, but too much?” In real life, these Nazi-hunters were pretty scrupulous about getting the right man and only the right man and taking them alive- the Israelis could have killed Eichmann several times over with all the effort they put into getting him out of the country for trial. Probably, this is more about how revenge is bad, the usual thing. This is a fast, reasonably fun read but nothing mind-blowing. ***