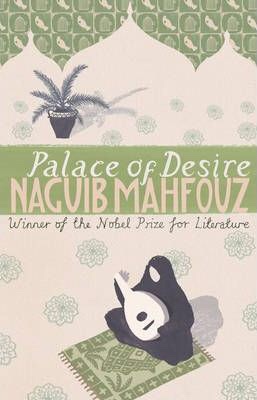 Naguib Mahfouz, “Palace of Desire” (1957) (translated from the Arabic by William Maynard Hutchins, Lorne Kenny, and Olive Kenny) – The second volume of Mahfouz’s Cairo trilogy follows the al-Jawads into the mid-1920s. There are a number of viewpoint switches but most of what we see we see through aging patriarch Sayyid Ahmed and his two sons, the sybarite Yasin and the young idealistic Kamal. Disappointment is a big theme in this one. Mahfouz gets soap-opera-esque when Yasin and Ahmed wind up dating the same woman, and he does a pretty good job with the sensation of unrequited love, contrasting Kamal’s flowery inner monologues about “the beloved” with the more mundane realities that surround him and preoccupy his friends. It’s not that exciting a read and somewhat unbalanced (much less of the women’s perspective than in “Palace Walk”). Ultimately, a pretty good book with reliably deft use of language. ****