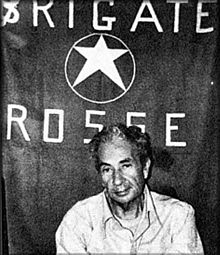 Leonardo Sciascia, “The Moro Affair” (1978) (translated from the Italian by Sacha Rabinovich) – The kidnapping and murder of Italian statesman Aldo Moro by the Red Brigades in 1978 gave the squalor of the “Years of Lead” a symbolic central narrative. Novelist/journalist Leonardo Sciascia did a lot to define that narrative with his book on the topic. For the most part, Sciascia allows both the Red Brigades and Moro speak for themselves, and for the Italian state to speak for itself through its silences and obfuscations. Moro had the chance to write several public letters while in Red Brigade captivity for almost two months. He starts out relatively resolute and gets more and more unbelieving that the state — run by the party he dedicated his life to, the Christian Democrats — would not negotiate for his release. The C-Dems developed, all of a sudden, an aversion to prisoner swaps that Moro and Sciascia saw as antithetical to what philosophy the party could be said to have.

Of course, that’s largely the point- Christian Democracy was essentially the court philosophy of the people who ran the Italian state, and so was not particularly Christian or democratic. Sciascia suggests that the Red Brigades, while otherwise a vain and bloody-minded lot with more in common with the Mafia than they’d like to admit, didn’t particularly want to kill Moro- they wanted a prisoner exchange and to make a point. But Giulio Andreotti and the others running Italy wanted to make a point, too, and so Moro wound up dead. Sciascia translates everyone’s communiques into something like actual communication, and it all said that for everyone who mattered at the key moment, Moro dead was worth more than Moro alive. ****