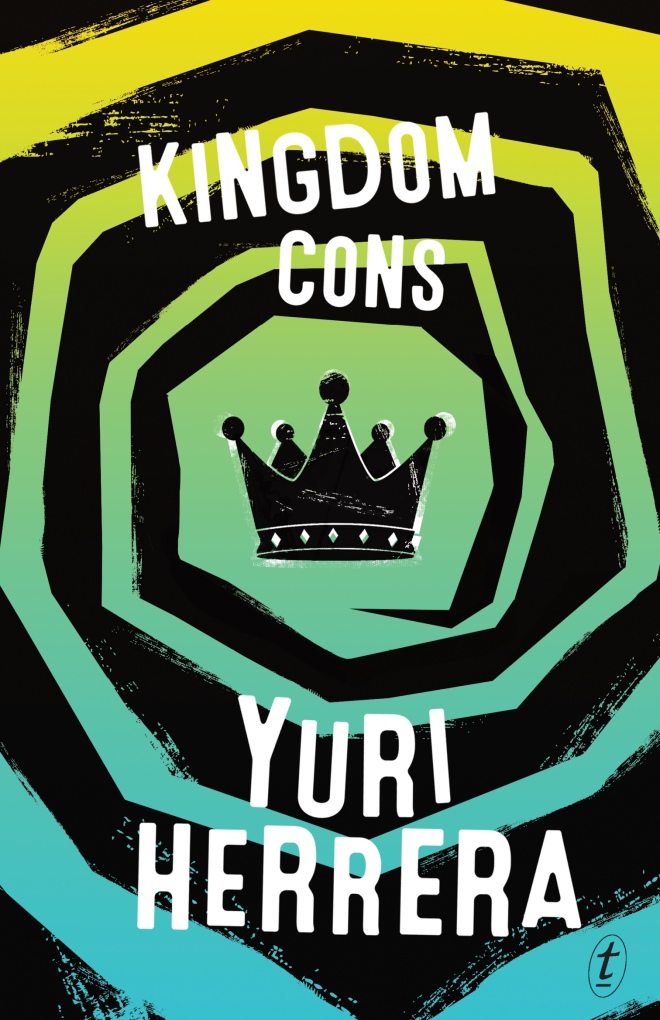 Yuri Herrera, “Kingdom Cons” (2004) (translated from the Spanish by Lisa Dillman) – Here we have a sort of lightly-magical-realist crime fable. The characters are all named for Types- the Artist, the King, the Witch, the Journalist, etc. etc. The Artist is the main character, a street performer who the King takes a fancy to and brings in to his compound as part of his court. There, the Artist composes narco-corridos to the greater glory of the King and his cartel. There’s no depiction of the inner workings of the industry or anything like that. All the drug dealing takes place off scene, and we only see the aftermaths of killings. The Artist eventually writes the wrong corrido and woos the wrong maiden (the Commoner, the Witch’s daughter) and is forced to flee. This is a short book and not a ton happens in it but it does maintain a sustained atmosphere of menace throughout. People praise Herrera highly but this, it turns out, was his first book- I’m somewhat curious what the others are like. ***