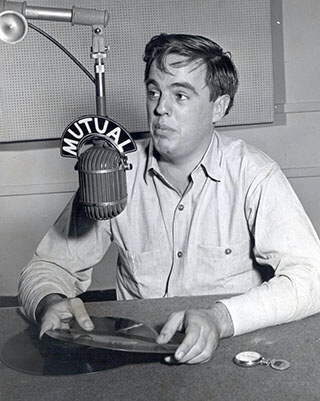 Alan Lomax, “The Land Where the Blues Began” (1995) – How is Alan Lomax’s reputation these days? Is he still seen as a Popular Front good guy or did he just “columbus” the blues and other vernacular musical traditions? Something tells me the truth is in the middle, maybe closer to the former, but I’m curious as to his reputation. It seems the eye of Saur- I mean the internet, the internet! Hasn’t fixed itself on him just yet.

Anyway! Lomax was an ethnomusicologist who had an outsized effect on popular music through “discovering” such bluesmen as Leadbelly and Muddy Waters. The former of whom was in the hellhole called Angola prison, performing for the warden, before Lomax helped wheedle him out. These memoirs were written in the 1990s, a good fifty years after the epic period of Lomax’s career, so there’s a certain wistful remembrance to the work. It’s hard to estimate just how important Lomax’s efforts were for the history of popular music, given how widely influential the blues he publicized were, except that it was pretty significant.

Lomax recalls his travels in Memphis, the Mississippi Delta, and the adjacent Hill Country. He finds legendary musicians living in the grinding poverty and cash-crop driven racial caste system. Local law enforcement hassles him and his informants. The cops were often effectively seconded to the local plantation owners and wanted to know what a white man wanted with “their” blacks, suspecting “outside agitation.” That he was genuinely sent from Washington to record folk songs for a WPA project didn’t help matters.

As far as white people exploring a largely non-white culture goes, Lomax avoids a lot of traps. He lets his informants speak extensively for themselves. He both gives credit to the “race record” industry for spreading the blues and makes clear how exploitative they were to the talent. The names he summons are often more famous than his, for good reason and in part through his efforts. He does attribute a lot to Africa and Africanness, more than you’d probably get away with nowadays, which is probably less of an issue with the music than it is with his amateur sociology of the Delta. Still, if he’s essentialist it’s in the relatively innocent strain passed down from Herder to Boas and the liberal anthropologists of his time, that insisted that all of the (admittedly reified and questionably delineated) groupings of peoples had something unique and positive to offer. This was an interesting memoir, and if it sends people back to the source — Lomax’s recordings are on YouTube, look up the Mississippi hill country fife and drum blues if you haven’t — then it’s worth having been published. ****

Review- Lomax, “The Land Where the Blues Began”