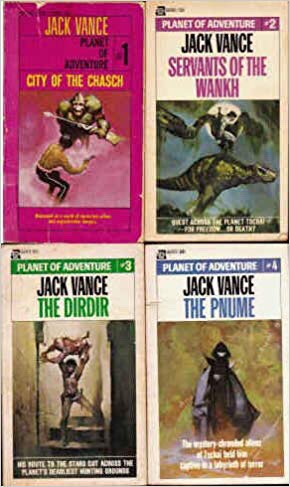 George Higgins, “The Friends of Eddie Coyle” (1970) – This is more like it. I had read Higgins’ “Cogan’s Trade” and didn’t care much for it. But this one was much better. Encountering it in audiobook form probably helped- Higgins’ crime fiction is largely made up of dialogue. But I also got a paperback copy of the book for Christmas and it held up in hard copy, too. For one thing, this one has real characters, primarily the hapless Eddie Coyle, small-time gunrunner facing three-to-five and looking for a way out. He turns informant but his ruthless Fed handler keeps wanting more than he can give him. We spend some time in a sleazy seventies Boston of bank robbers, gun dealers (this was back before you could buy an AR-15 at Wal-Mart or wherever), faux-radicals, bartender-fixers all looking to scam each other. No one deals with more money than about fifty thousand dollars, and usually a lot less. The key information that the Feds are looking for winds up coming not from Eddie but from a pissed-off girlfriend. The voice actor, Mark Hammer, does a good job conjuring up distinguishable Boston accents for the different characters, though he stumbles on the pronunciation of town names like Billerica (“bill-erica”) and Brookline (“brooklyn”). Still, a great version of a justifiably lauded crime classic. ****’

Jack Vance, Planet of Adventure series (1968-1970) – Tschai! There’s probably supposed to be an umlaut somewhere but I don’t care enough to look it up. Jack Vance’s was a world-builder but not in the over-baked sense of the word that it conjures up today. No thousand page tomes, no pseudo-Tolkien erudition, no pandering to fans looking for something on which to project. Tschai, like other worlds Vance created before and after it, is about the permutations the human subject (to use the kind of theoretical phrase he’d never allow) can undergo under extreme conditions, about people as small, contingent things. Tschai is run by four alien races: lizard-like Chasch, frog-like Wankh (heh heh), raptor-like Dirdir and bug-like Pnume, each of which is the main antagonist in one of the volumes chronicling the trevails of stranded spaceman Adam Reith. More often than the aliens, though, he deals with humans stranded on Tschai, first brought there long ago by the Dirdir but then escaped and diffused across the planet. Each alien race has its human disciples, who try to imitate them and have various delusions about their closeness to them. On top of that there’s various independent human societies, each with its own system of cultural rules. It’s the kind of kaleidoscope world we’d reward someone for exploring in 1800 portentous pages or so, but Vance sketched everything out in about a third of that, sticking to Reith’s adventures. I never felt less than satisfied with the worldbuilding, however- and I’d take it over much of the modern stuff any day. Reith builds a human army to fight the Chasch (a trope Vance has used elsewhere), hunts the Dirdir on their own hunting grounds, tries to build or steal a spaceship to get back home, woos a lady or two, rigs an eel race- all kinds of doings, all the while playing straight man to the various deluded human-types he’s surrounded by. There’s a lot of dickering with innkeepers, all in classic Vance Wodehouse-ian punctillio dialect. It’s not the Vance I’d start with but it’s a lot of fun. ****

AUDIOBOOK ROUNDUP – Higgins, “The Friends of Eddie Coyle” and Vance, “Planet of Adventure”