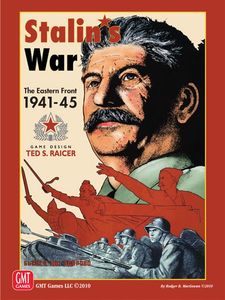 All the major figures of WWII have been mythologized to such an extent that it’s hard to get a real read on them. This is only in part because of the glamor of the myth- for me, more troubling is the chaff thrown up by multiple generations of historians challenging the myths or restoring the myths or challenging others’ restorations or restoring others’ challenges, blah blah. In this book, Roberts challenges two layers of myth about Stalin during WWII- the first that he was an incompetent who nearly doomed the Soviet effort, the second that he was a genius who was the major reason the USSR won. The picture that emerges from Roberts is Stalin as a competent, ruthless leader of large enterprises, someone capable of making mistakes — like those that nearly led to German victory at the beginning of the war — but who could learn from them (a capacity Hitler seemed to lack). This coincides with my gut sense of things- that much of what happened in the war by 1942, when people had their bearings, was basically a matter of optimizing, maintaining, and sending into battle giant, ungodly complex war machines (and angling for the postwar period). But I don’t know enough to really know. Same goes for my knowledge of Russian sources- I don’t know them enough to know if Roberts is on the right side of various arguments he makes about long-standing debates about Soviet plans and intentions. They seem to more or less check out with my image of a big, crisis-prone power led by a ruthless, paranoid, clever but somewhat unimaginative man, and it seems to color within the lines of historical practice, but ymmv as they say. ****