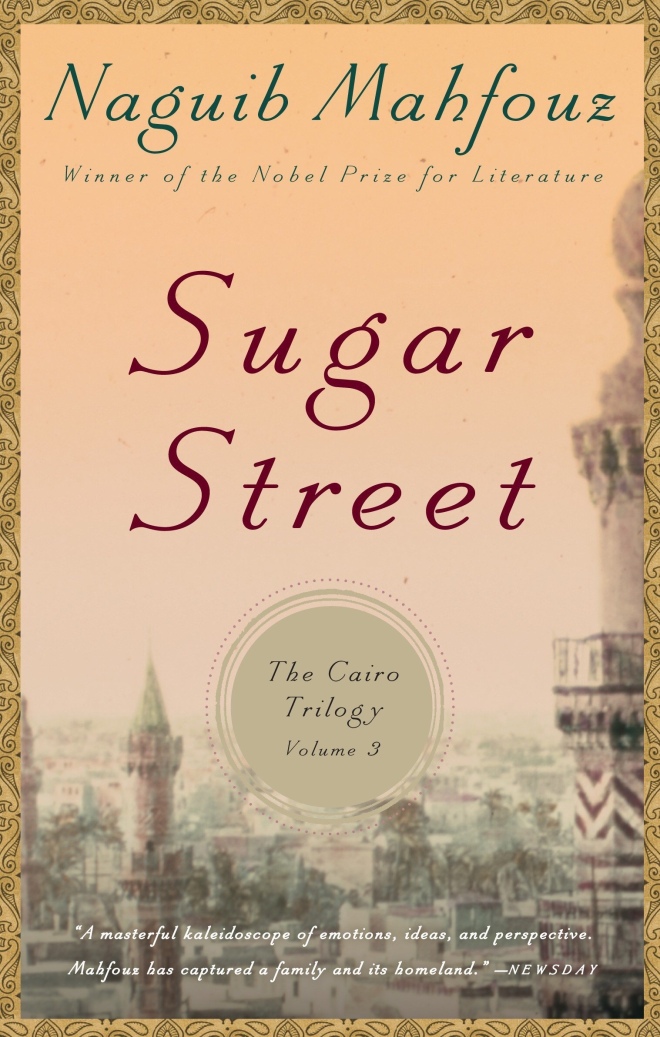 Naguib Mahfouz, “Sugar Street” (1957) (translated from the Arabic by William Hutchins, Olive Kenny, and Angele Botros Samaan) – The end of Naguib Mahfouz’s Cairo trilogy finds us at the tail end of the Egyptian monarchy with a new generation — the grandchildren of the people who started the series — poised to take center stage. This generation includes a communist and a member of the Muslim Brotherhood, unthinkable positions for the comfortably bourgeois Al-Jawad family a few decades before. The series as a whole and especially this volume takes a panoramic view of the family’s experiences, and the closest to a main character is Kamal, part of the second generation, who we last saw in “Palace of Desire” in the throes of unrequited love. As he enters his twenties and eventually thirties (“Sugar Street” covers more time faster than the other two volumes), Kamal becomes an increasingly detached intellectual, remaining in touch with his family but becoming a skeptic about everything, including love. He was about Mahfouz’s age; one wonders how much this is based on him. There’s an autumnal feeling to this book, as the older generation dies off, the hopes of the second generation either decline or are fulfilled in odd ways, and the third generation heads into what will become, as Mahfouz is writing, the Nasser era. All in all, a decent enough series in the Dickensian “chunk of life in a big city” tradition. ****