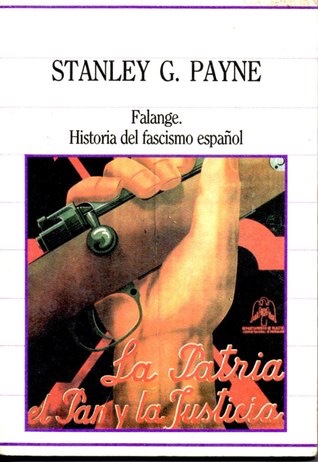 Stanley Payne, “Falange: A History of Spanish Fascism” (1961) – Stanley Payne is one of the big figures in the historiography of fascism, and he built his career by studying the Spanish example. Spanish fascism is tricky, and gets right into the differences between academic and popular uses of the word “fascism.” In the popular sense, the Franco regime was fascist- violent, authoritarian, right-wing. In the academic sense, most definitions of fascism don’t include Franco or his Portuguese neighbor Salazar, instead defining them as authoritarians. There’s a number of reasons for this, starting with both dictators lack of interest in remaking society or fighting aggressive wars (both of which are more iffy than the model implies- just ask the Angolans). There’s also the differentiation between the Franco regime and the Spanish Falange party, the country’s premier fascist movement. For a brief period during the civil war the Falange played a prominent role in Franco’s coalition, but Payne shows that the general always worked to sideline the noisy and anti-clerical followers of Primo de Rivera, son of a former authoritarian leader. Once Franco consolidated power, he ruled through traditional institutions like the army and the church, and the Falange became something more like a club than a ruling party.

Marxists have done themselves few favors in defining the history of fascism by sticking with a few talking points defined by Trotsky, Gramsci, and a few other canonical figures and not going very far past them. Scholars like Enzo Traverso, Arno Mayer, and Domenico Losurdo have done more in that vein lately, but more liberal writers have a substantial head start in the historiography, Payne being one of the major figures writing since the early sixties. So I think we’re in a situation where real and necessary historical nuance comes with a politicization defined by Cold War liberalism. Fascists need to be destroyed; authoritarians can be negotiated with; the former are rare and the latter are easy to be found, including with America’s Cold War allies. What I wonder is if we can keep the nuanced taxonomy of far-right regimes but keep the urgency of anti-fascism. It’s not like right-wing authoritarianism (any authoritarianism) is some picnic we should tolerate. I think calling Franco “fascist” as in “intolerably right-wing” makes sense even if he’s not “fascist” in the academic sense.

Anyway- this is a fine book for what it is but I read it a little while ago and most of the thoughts it provoked were about the historiography. But hey, I don’t see anyone else reviewing the books around here! ****